summer 2018 Top Comics To Invest In

TOP COMICS TO INVEST IN FOR SUMMER 2018

Disney acquired Fox’s assets which places multiple characters under one roof. That means characters like the X-Men, Fantastic Four and Dead Pool are now back under the care of Marvel Studios. We should see Disney putting their foot on the gas to make the greatest return on their investment possible. Secret Wars is a great option for them to successfully accomplish their goals. I recommend purchasing a copy in 9.8 Stan Lee signature series from CGC.

Captain Marvel the movie is confirmed. We are going to see Brie Larson star in the film scheduled for release 3/8/19. The earlier the better when you invest in a comic that has a movie based off it’s star character. This is Carol Danver’s first comic in her series. I love this book in the high grades.

Suicide Squad did poorly in the theaters as we can see in the image below. Buy this comic low. This comic has a low quantity graded and in circulation. This smells like a fantastic opportunity to take your shot with DC on redeeming this series. Here is a good article with the current plans for the Suicide Squad 2. In our grade snapshot below we can see prices peeking in 2016 and tanking in 2017 and 2018. We should see prices recover and if the movie does well this play is a home run! 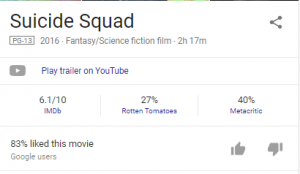 For a key superhero book from the early 1960’s this is insanely undervalued. I think Jason Momoa is a great actor and should bring some serious star power to this movie. This book was not popular in late 1990’s and early 2000’s. This book was one of the most common books thrown away. I’m always hearing stories of this series being tossed. Aquaman is a classic character that will stand the test of time. Here is a good recent article about Aquaman

Ocean Master is Aquaman’s half brother, enemy and has a claim to the throne.  In the upcoming movie he is played by Patrick Wilson. Patrick Wilson will be a key character in this movie and should be not be taken lightly.

The highly successful sequel to the Ant Man and The Wasp has been crushing it in theaters. We expect there to be a third movie in this series. In the comics the Wasp was the leader of the Avengers for longer than any other member than Captain America. At the end of the credits they tie the Antman series into the Avengers by making several key characters vanish.

Fantastic four #52 has continued to increase in value post the Black Panther movie. This book has green arrows for the vast majority of grades on the 90 day and 12 month averages. Generally after a movie is released the comics value begins to pull back. Fantastic Four #52 is an exception. 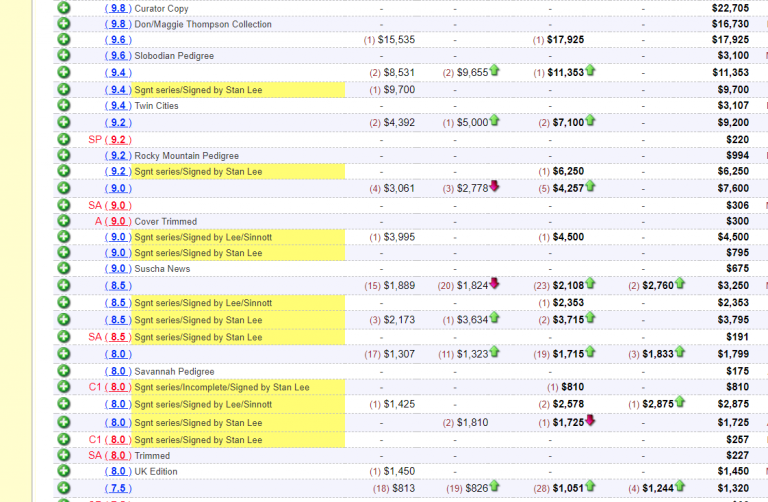 This is a DC mega key that is on discount right now. This is the Avengers for the DC universe. I believe this is one of the best buy low opportunities on the market. Prices are off all time highs drastically across the board. Get it now!

I love this book in all grades. This book in the 7.5 was stuck around 2000 for a few years and is going to penetrate the price resistance. Watch for this book to continue to make new highs in all grades this year..

Green Lantern Corps is rumored to be in production from DC. This is a Rare low grade count comic with a movie potentially comic out. This has potential to explode.